The GAA (Gaelic Athletic Association) formed in 1884. In the first 3 years of the association the clubs only played friendly matches.
In 1887, the existing country boards decided to organise a knock-out championships for the club teams within their own county. This championship was then extended to a national series of games, beginning the All-Ireland Championships which still runs today.
Only 5 teams chose to join the All-Ireland Championships in 1887; Dublin, Galway, Kilkenny, Tipperary and Wexford.
The 1887 All-Ireland Senior Hurling Championship Final was played between Tipperary and Galway at Birr Sportsfield, Co. Offaly on April 1st 1888 – almost 6 months after the Semi-Finals. Tipperary won the title following a 1-1 to 0-0 defeat of Galway in the final, making Tipperary the first All Ireland Hurling Champions!
An Poitin Stil houses the medal given to Tipperary in 1887. 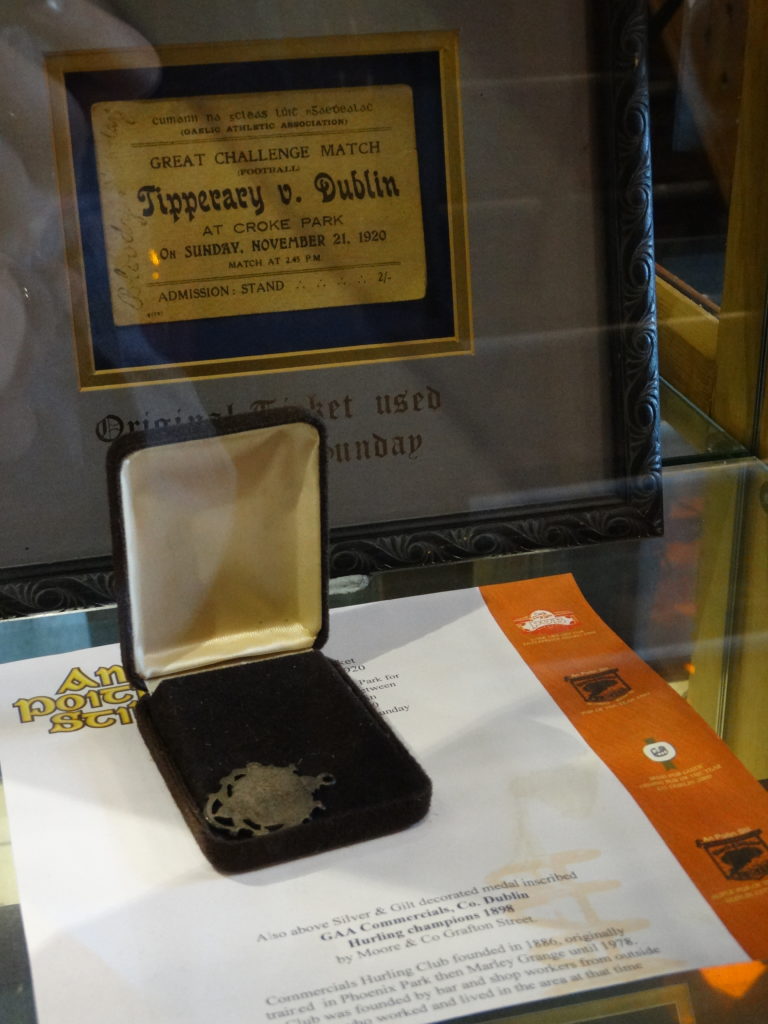 Keep up to date with events and special offers!

Fantastic Had my daughters birthday party here. It was just a small gathering but that didn't matter. We were treated so well and nothing was a problem to ask for. I especially would like to thank Barry for looking after us so well. We had a lovely night. Food was fantastic, music was great and atmosphere was brilliant. All the staff were so helpful and friendly. Thoroughly recommend either having a meal or spending your evening there. You most definitely will not be disappointed.

Rathcoole Communion Day we were invited to be a guest at a late lunch with family and friends.very busy place, not sure how many meals a day the serve? possible 600 hundred.a well organised gastro pub, serving area, separate dining areas, reasonable price €13/€16 fr main courses. food was very pleasant, nice friendly service, great location, with plenty of free parking. there was a sectioned dining area reserved for us, of 20 adults, 10 children. Managers on hand to ensure everything is up and beyond standard.

Really nice We stop here every time we're on our way back from Dublin and the food is delicious, the staff are very friendly I'd highly recommend eating here